You are here:
Startseite
English
Villeneuve d'Ascq in France

New Town in the North of France

Leverkusen’s twinning relation with the town of Villeneuve d'Ascq in Northern France developed from a variety of personal contacts.

Following a number of visits of groups hence and forth, the mayors of both towns established first informal contacts in 1996. In the subsequent period, the citizens’ relations were strenghtened and clubs in both towns became active in the exchange of experience and international dialogue. The formal signature of the co-operation agreement in 2001 was followed by the partnership between the two towns in 2005.

Meetings and exchange of knowledge on various topics have become very close, since then. Especially the school exchange is inspired by the wish that “No grass should grow on the path which leads you to your friend." 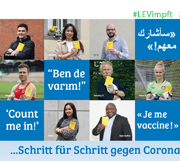